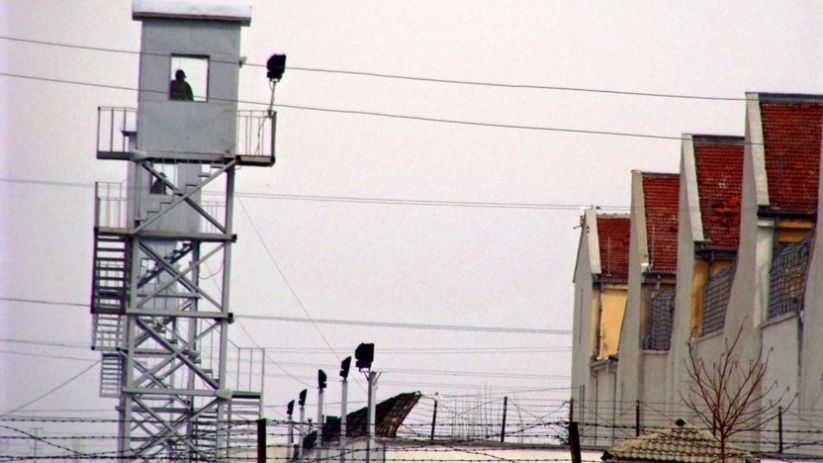 ‘Sick prisoners lose their lives, Ministry of Justice is silent’

IZMIR - Saying that it is unacceptable that three sick prisoners lost their lives in the last 24 hours, the women called on the public opinion to be sensitive about the sick prisoners and the Ministry of Justice to duty.
Violations of rights in prisons, the worsening of the situation of sick prisoners and many similar problems continue to be on the public opinion agenda. The Ministry of Justice, on the other hand, continues to maintain its silence regarding the successive deaths of sick prisoners yesterday. After Abdülrezzak Şuyur, a seriously-sick prisoner held in Şakran T-Type Prison No.2, seriously-sick prisoner Halil Güneş, held in Diyarbakır High Security Prison, lost his life. Also, sick prisoner Salih Toğrul, who was released on December 13, 2014 because he had a stroke and lost his memory while he was imprisoned in Siirt E-Type Closed Prison, lost his life yesterday in Mersin City Hospital, where he was treated.
Reactions continue to come in the fact that sick prisoners are not released and their right to treatment is prevented in prisons.
‘We do not want anyone to die’
Pointing out that it is unacceptable that the sick prisoners lost their lives one after another, Sultan Yağmekan, a Peace Mother and Co-chair of the Anatolia Association for Assistance and Solidarity with the Families who Lost Their Relatives (ANYAKAY-DER), said, ‘’Our children are losing their lives in prisons. They have no right to persecute. We do not want anyone to die. We do not want our young people to die. All of them entered hunger strike, all of them got sick. How long will the state do this to us?’’
‘Do not stay silent’
Calling out the relatives of the prisoners and the public opinion, Sultan said, ‘’I am calling out to the people, why are they silent? Not stay silent anymore. If the people stand up, the prisoners will be embraced. Regardless, the state should know that we are standing. We are not afraid’’.
‘Prisons have turned into homes of death’
Saying that prisons have turned into ‘’death homes’’, Aegean Association for Assistance and Solidarity with the Families of Detainees and Convicts (Ege TUHAY-DER) Co-chair Nilay Güleser showed her reaction with these words, ‘’We wake up with the death news. This is because of prison conditions. There is heavy isolation in prisons. Even a non-sick prisoner gets sick under these conditions. Especially seriously-sick ones have more difficulties. They are neglected, they are not taken to hospitals. We demand the immediate release of the prisoners. We call the Ministry of Justice to duty so that no more deaths occur’’.