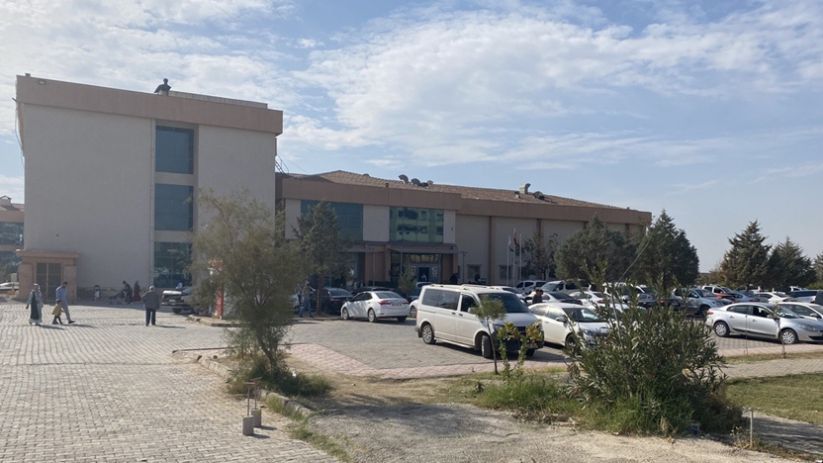 Doctor crisis in Şırnak: 1 gynecologist for district with population of 100 thousand

Rojda Aydın
ŞIRNAK - The number of obstetrician and gynecologists in state hospitals in Şırnak and its districts has become a crisis. While there are no doctors in this field in some districts, there is only one doctor in a district with a population of 100.000, such as Silopi.
As in many cities of the region, there are important deficiencies in health services in Şırnak and its districts. While citizens’ access to health is limited, especially with the pandemic, health services are insufficient. Especially in Şırnak, where there is a deficiency of specialist doctors, the number of obstetrician and gynecologists is few as an almost nonexisting.
Citizens cannot take a queue from the Central Physician Appointment System and 182 appointment lines in order to be examination in Şırnak, Cizre, İdil, Silopi and Uludere State Hospitals. While there is no Gynecology and Obstetrics Service in Beytüşşebap and Güçlükonak districts, there is one doctor in each in Şırnak, Cizre and Silopi. Due to the deficiency of doctors in the city, citizens are forced to go to the surrounding cities. While there is a deficiency of gynecologists in public hospitals in the city center and districts, it is noteworthy that there are 13 private clinics throughout the province.
Feyruz Pulat example
The deficiency of doctors in the field of health also brings maternal deaths. An example of these  occured on August 27, 2017 in the Cizre district of Şırnak. Feyruz Pulat, 29-year-old and eight months pregnant, whose birth pains started, lost her life because there was no gynecologist in Cizre State Hospital, where she was taken. Following the reflection of the incident to the press, in the investigation launched on the subject, it was revealed that Feyruz, who needed urgent intervention, waited for a doctor for two hours. Within the scope of the investigation, it was revealed that an investigation was launched only on a doctor who was seen as a suspect. Despite the fact that four years have passed on the incident, the investigation has not progressed.
There cannot get a hospital appointment
A woman named H.A., who lives in Silopi, stated that she is pregnant and could not get an appointment. She also stated that she had been trying to get an appointment for a month. Drawing attention to the doctor deficiency in Silopi with a population of doctor000, H.A. said, ‘’Three out of 10 women are at risk of miscarriage and unfortunately lose the baby. We want a solution to this problem as soon as possible. I tried to get an appointment five-six times the other day, but I cannot because the system is closed. What kind of service is this? I am currently pregnant and feel unwell. I cannot go to another city. In such a time of crisis, I cannot go to private hospitals either. Women who give birth are usually sent to the surrounding cities’’.
‘We have to go to the surrounding cities’
One of the women R.T., living in Cizre, who could not get an appointment, emphasized that she had been trying to get an appointment for two months, she said, ‘’I cannot go to family physician because there is no detailed examination and treatment. I cannot go to private hospitals in such a time of crisis. All women in Şırnak have this problem. Since we cannot get an appointment here, we have to go to the surrounding cities or we have to go to private hospitals. We want this doctor deficiency in Şırnak to be solved as soon as possible’’.
‘The state needs to improve the working conditions of health workers’
Health and Social Service Workers’ Union (SES) Şırnak Women’s Secretary Hatun Magi also pointed to the health problems in the city. ‘’While citizens cannot get an appointment due to the doctor deficiency in Şırnak and its districts, they have to go to the surrounding cities. While Şırnak has a population of 537.762 in general, only one obstetrician and gynecologist is currently working in the region. The state makes appointments, but those who are appointed have to resign and leave due to poor working conditions. There is doctor deficiency not only in the field of obstetrician and gynecology, but also in all other fields. The state needs to improve the working conditions of health workers. Otherwise, the situation is getting worse. The health system is collapsing in Şırnak and it’s time to say stop to this,’’ Hatun said.