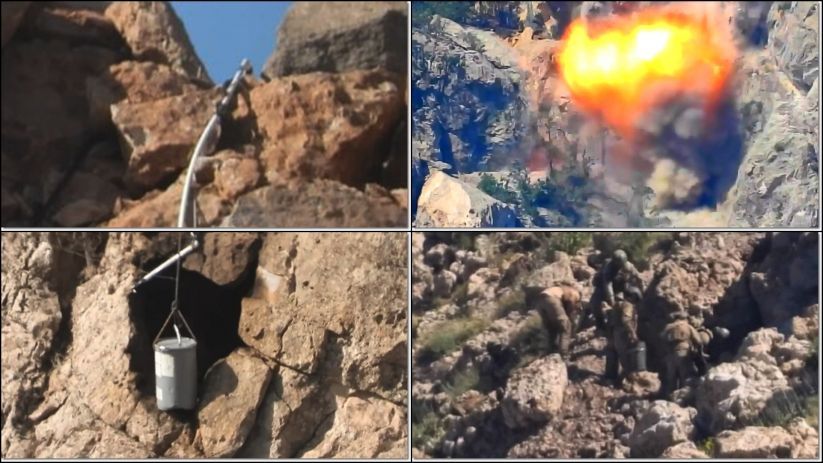 ISTANBUL- Stating that anyone who remains silent on the use of chemical weapons is complicit in this crime, Margaret Owen, has British Imperial Medal of Honor, human rights defender and lawyer, said: For Abdullah Öcalan, whom she describes as the “Kurdish Mandela”, she said, “For Öcalan, freedom means hope for peace in the entire region. Therefore, my call to the whole world is to campaign for the freedom of Öcalan.”
It has been 7 months since the attacks launched on 17 April, in partnership with Turkey's Kurdistan Democratic Party (KDP) against the Zap, Metina and Avaşîn regions of Southern Kurdistan. Since April, Turkey's use of chemical weapons in the region has also been on the agenda. According to the news of the Fırat News Agency (ANF), based on local sources and HPG statements, Turkey has used more than 2,000 banned bombs and chemical weapons since April 14.
Arresting the loud 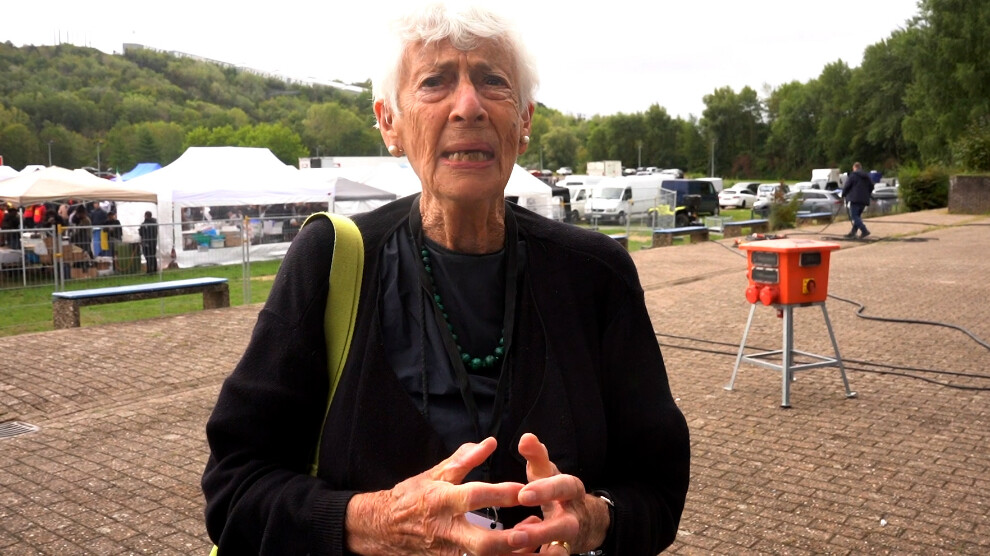 Many local and international names and organizations continue their calls to the Organization for the Prohibition of Chemical Weapons (OPCW) to investigate the issue. After the images of YJA STAR and HPG members killed by chemical weapons were shared on October 18, peoples who went to the streets in many parts of the world, especially in Kurdistan, called for independent committees to go to the region to determine that chemical weapons attacks are "a crime against humanity". Journalists who reported on the use of chemicals and calls for research, and the President of the Central Council of the Turkish Medical Association (TTB), who made scientific evaluations as a Forensic Medicine Specialist, Prof. Dr. Şebnem Korur Fincancı was also targeted because she stated that the matter should be investigated and was arrested on the orders of the AKP-MHP government.
Open letter to the UN: Stop the attacks!
On May 16, 75 women's organizations and women, led by the women's organization of Northern and Eastern Syria, Kongra Star, directed the UN Secretary General and the Women's Organization, the AKP against Southern Kurdistan, Shengal, Northern and Eastern Syria and Maxmur. They sent a letter regarding the attacks carried out by the MHP government.  In the open letter, in which it was emphasized that it was unacceptable for Turkey to justify its attacks with the UN Convention, it was also requested that the necessary mechanisms be put into effect. In addition, while protests, reactions and actions on the subject from all over the world continue, the silence of the UN continues. 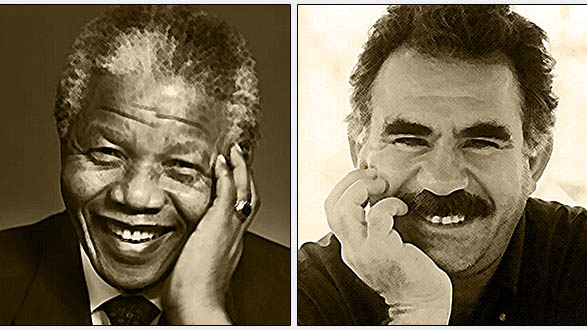 Her struggle for Abdullah Öcalan, whom she calls 'Kurdish Mandela'...
Among the signatories of the letter, Margaret Owen, Holder of the Order of the British Empire, human rights defender and lawyer, is one of the people who have been with the Kurdish people's struggle for many years. Margaret is also a supporter of numerous campaigns for the physical freedom of PKK Leader Abdullah Öcalan and a member of the Kurdistan Peace Campaign group.
Margaret, in her old statements about the PKK leader, whom she describes as "Kurdish Mandela", said, "Öcalan must be free. He has been in solitary confinement in Imrali for 23 years. He is the Kurdish 'Mandela' who is the key to peace in the Middle East. His prison articles describe a new world order for equality, justice and women's empowerment.” Margaret, who also shared a post on her digital media account demanding that the PKK be removed from the list of banned organizations, sent a photo she took with YPG and YPJ members to the prosecutor's office and wanted to be arrested by saying, "Today I sent my favorite photos to the chief prosecutor's office." Margaret also called on the British government to "stop the dirty work you are doing here with the Turkish state.”
Commenting on the use of chemicals to JINNEWS, Margaret called for the physical freedom of PKK Leader Abdullah Öcalan as soon as possible.
'OPCW did not accept research' 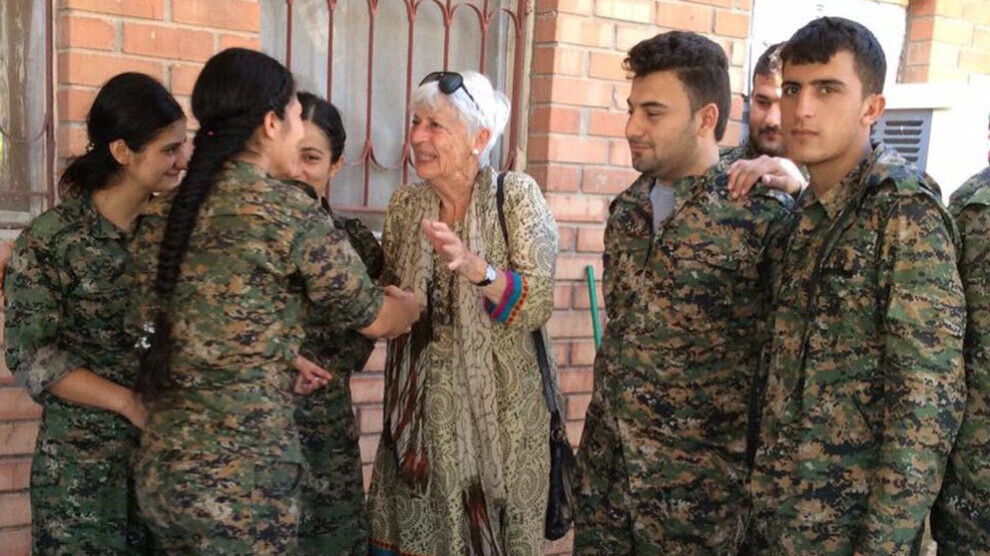 Expressing that the use of chemical weapons is a war crime, Margaret reminded that this crime against humanity was first banned with the 1925 Geneva Protocol. Noting that the protocol does not prohibit the production and stockpiling of chemical weapons, Margaret said, “It was used in various ways. 1992 the UN chemical Weapons convention (CWC) adopted and  the OPCW set up in The Hague to monitor implementation, investigate and take appropriate measures became operative in 1997. Alas although now a plethora of reports verifying the “Allegations” of Turkey’s use of CWs in the KRG , so far the OPCW has not agreed to investigate.  Yes, uses of these weapons are war crimes.”
Unresponsive to the genocide against Kurds
Stating that the UN represents its member states, Margaret said that Russia, China, Turkey, the USA and the UK are among the 5 permanent members of the Security Council. Stating that England is also a member of OPCW, “Since Brexit, ties with Turkey, for trade and arms sales.  The UN betrays the Kurds through its members such as the US, UK and Turkey. If Russia is found to use CWs in Ukraine the UN would be swift to condemn and the OPCW might act.  But there is UN and international paralysis over this genocide and CWs use v the Kurds for multiple geo political reasons” Margret said.
‘UK complicit by its silence’
Margaret said the following regarding the international organizations' failure to make any calls or interventions to Turkey: Because Turkey member of NATO , which won’t expel NATO due to fear pushing Turkey into Russia’s influence and control ( although it is already being armed by Russia) .  Of course UK complicit by its silence. Brexit made the priority no longer human rights, but trade and arms sales.
The appalling Erdogan dictatorship…'
Margaret said about the arrest of 9 free Kurdish press workers and Şebnem Korur Fincancı, “Well it just further demonstrates how appalling is this dictatorship that under Erdogan, has no respect for the Rule of Law, for international UN Conventions it has signed, has no independent judiciary, nor independent media, and confines in its overcrowded prisons without fair trials anyone who expresses opposition or protests its unlawful invasion of Syria and KRG, its catalogue of human rights abuses . ” Pointing out that every voice opposing chemicals and the destruction of the Kurdish people is tried to be silenced by the government, Margaret added, “No matter how distinguished. People such as Dr Fincanci, lawyers, academics, politicians , writers, journalists are imprisoned because they dated protest. Dr Fincanci must be released.  She as a forensic scientist was well qualified to comment on the use of poison lid gasses, and she called for an independent investigation.  Just for speaking out she was arrested and thrown into gaol.”
'Öcalan's freedom is essential' 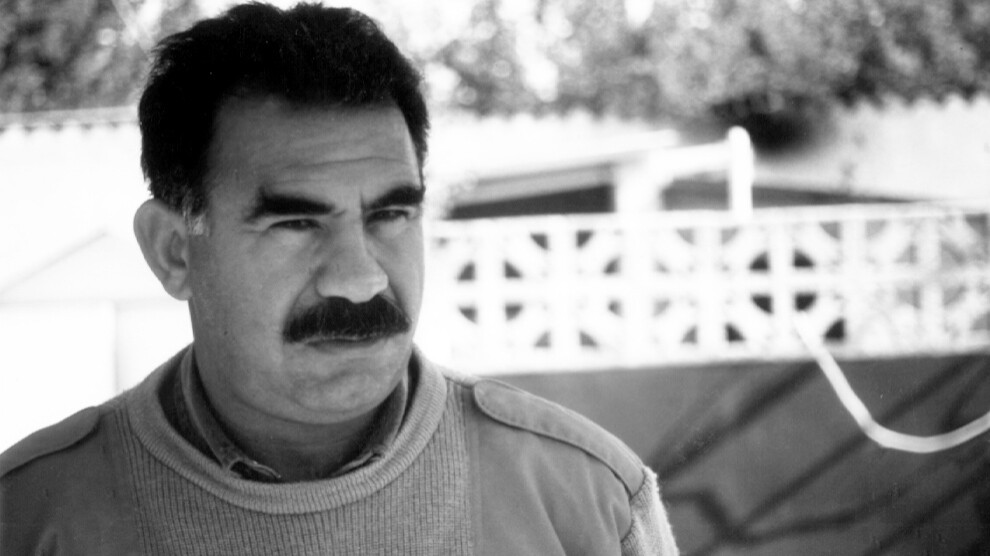 Emphasizing that this "special policy" and aggravated life imprisonment for the PKK leader, who has been in solitary confinement for 24 years, is unlawful, Margaret evaluated this situation as "torture". Stating that the absolute isolation on Abdullah Öcalan is also against the Mandela Rules, Margaret said, “Of course his sentence of aggravated life imprisonment is unlawful. This is torture. The Mandela Rules are broken for 18 months he has not seen his lawyers not family.  His original kidnapping was unlawful in 1999 . And the PKK should be  delisted.  Furthermore the release of Ocalan is vital to the resumption of any peace talks. Without Ocalan’s freedom there can be no constructive dialogue for peace.”
The 'Third Way' model: Democratic Confederalism
Emphasizing that the policy and war against the Kurdish people is "genocide", Margaret said, "Yes the freedom of Ocalan is an essential condition for the resumption of the peace dialogue abruptly terminated by Turkey in 1915 Freedom for Ocalan means hope for peace in the whole region. This genocide v the Kurds also threatens the remarkable unique Kurdish model for a new way of developing free democratic and just societies. - democratic confederalism where gender equality and Womens  empowerment are central.  This “third way” model is one that we could all sign up to across the world. As Ocalan says “ unless women are free and equal there can be no real democratic society.  Based on justice, truth, freedom.  We need to get rid of the ' dominant."
Campaign call
Finally, Margaret said, “name' So my call to the whole world is campaign for the freedom of Ocalan, prosecute Erdogan and his henchmen for war crimes and crimes against humanity and for using CWs”