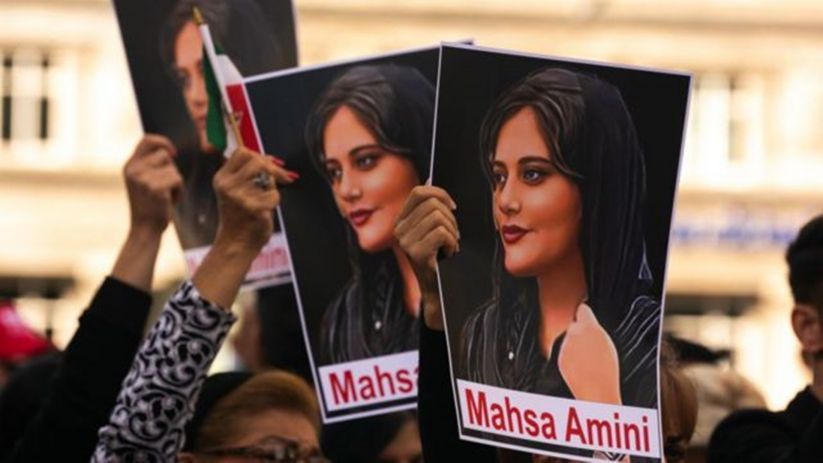 Melek Avcı
NEWS CENTER - Iranian activist Mina Khani noted that after the murder of Jîna Mahsa Amini, she became an iconic name for all women and underlined that the Iranian regime carries out a policy of genocide against women.
After the torture and murder of Jîna Mahsa Amini on September 17 by the "morality police" in Iran, the protests the regime continue. While the exact number of those who lost their lives in the ongoing protests is not stated by local sources, local sources state that the number is too high. On the other hand, it is stated that the number of injured is over 700. Digital media platforms such as WhatsApp, Telegram, Instagram, Facebook, and Twitter were also blocked in the country.
Iranian activist Mina Khani commented on the Iranian regime's years of oppression of women and the murder of Jîna. 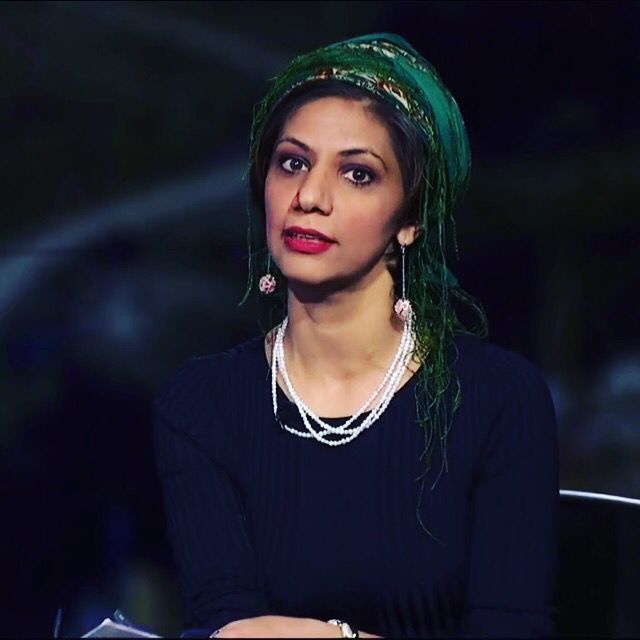 'The Iranian regime's systematic genocide of women for years'
Stating that her first persecution of Jîna Mahsa started with her name, Mina said, “Everyone knows Jîna by the name Mahsa. The government did not allow her family to choose a Kurdish name, acting racist because they were Kurds. Then Jîna came to Tehran with her family and was tortured and killed because of her headscarf. This is a genocide of women systematically committed by the government. Before that, women had fought against the forced headscarf and many women were killed in these actions. With the murder of Jîna, she has now become a symbol of women, so a symbol has emerged that represents these women, which is Jina.”
'Jina is not the first woman to be murdered'
Underlining that Jîna was not the first woman to be murdered for wearing a compulsory headscarf, Mina pointed, “In the first years of the revolution, there was a woman named Homa Darabi and she was driven to suicide by being forced to kill herself because of the prohibitions. Years later, a young girl named Seher Hüdayari was detained where she went to watch the match, she was subjected to violence, and she was dragged to death. Both women were killed by being driven to suicide. In Iran, these suicides are referred to as 'women genocide'. Because they are driven to suicide.”
'Families oppress women'
Expressing that the reason why the women who were murdered due to oppression and bans are not reflected in the media is the "silence of the families", Mina said, "Families also suppress women. Apart from these, there are many women killed for compulsory hijab and oppression, but many of them are not published in the media because their families do not speak. In the case of Jîna, however, her family had a lot of influence because the media covered it and spoke without fear. In Iranian society, most families do not talk about such events openly, and most of the time, families themselves are a tool of oppression and turn to silencing women and covering up violence and massacres.
‘They insult us by covering the headscarf’
It is a symbol of insult to Iranian women that diplomats, politicians, and journalists from Western countries wear headscarves when meeting with the Iranian regime. They insult us by covering the headscarf. What does such behaviour show, they give the message that 'we chose this headscarf voluntarily, we accepted it, that is, we wanted to live like this ourselves'. There is no such thing, ever. Again, I say this emphatically; It is a great insult to us that foreigners wear headscarves while talking to Iranian officials.
'We didn't make a revolution to go back'
Pointing out that all the authorities in Iran did the trick of showing legitimacy by Ibrahim Reisi, Mina said, "This veil is never the choice of women." Mina added, "They say, 'This government, this republic came with the votes of the people, and the compulsory headscarf became legitimate with the votes of the people, that is, the people who voted for the government also gave the headscarf.' However, there is no such thing. One month after the revolution, Imam Khomeini, that is, in 1979, ordered the compulsory headscarf, and immediately after this order, women took to the streets against the order and women chanted the following slogan, 'We did not make a revolution to go back, this society cannot survive without women's freedom. We are at the service of neither the west nor the east’ was our aim to be a universal society."
'If the regime goes, the pressures will also fall'
Mentioning that the Iranian regime survived through the oppression of women, Mina said that everyone has remained silent against the regime's policies towards women. Mina pointed out that the people were engaged in war during the regime's war with Iraq, but the regime cheated and enacted the compulsory headscarf during the war. Mina said, “It is impossible for this regime to realize its mistakes and apologize because first it must accept the massacres it has committed and then correct it, but we have not seen anything like this until now. If regime talks about sympathy and apology, know that this government is all fake, hypocritical, and full of lies, and Iran's women will never accept this 'apology' because it is full of lies. The forced headscarf is tied to Iran's power because this power is built on oppressing women. If we want to abolish the compulsory headscarf, we need to abolish this government and overthrow it. The important thing is to understand this, that's the only solution.”