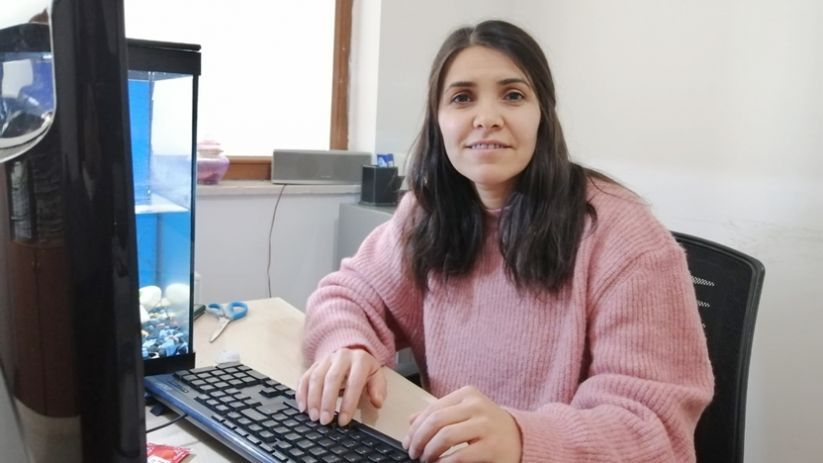 DİYARBAKIR - In the final hearing of the trial against journalist Hatice Şahin, the court sentenced the 6 years and 3 months in prison.
The 8th hearing of the lawsuit filed against Hatice Şahin, an employee of Yeni Yaşam Newspaper, who was detained and released on October 18, 2018, as part of the investigation launched against the Democratic Society Congress (DTK), was held at the 9th High Criminal Court in Diyarbakır. While Hatice was not attending the hearing, her lawyer Resul Temur was there.
Prosecution demanded punishment
In the opinion presented by the prosecution at the hearing, it was stated that Hatice operated on behalf of the organization in the country, coordinated pro-organizational formations, and organized all kinds of actions and activities. The prosecution claimed that among the documents obtained as a result of the search of Hatice's house, she made a flight between Istanbul and Diyarbakir to operate on behalf of the DTK. The prosecution noted that secret witness statements, flight tickets, and physical tracking records were evaluated together and demanded that "membership in a terrorist organization" be punished with a prison sentence of up to 15 years.
'Confidential witness statements should be filed as a whole'
Lawyer Resul Temur pointed out that they did not accept the opinion of the prosecution and that there were statements by two secret witnesses named "Firar" and "Ezel" on the file. Resul said, “In order to give body to the statements of the secret witness, the client is also taken into custody by the police in an operation. Documents that are claimed to be documents consisting of writing and manuscripts have been included in the file and the client is requested to be punished for being a member of the organization. We present to the court two precedent decisions given by the regional court of appeal. What we emphasize both in this file and in the general file is that we demand that the statements of secret witnesses be included in the file. To demand this, we need to determine who makes a statement and how. In the confidential witness statement, the witness made a statement in terms of journalists, all of whom were our clients. Our clients were acquitted as a result of the hearing. The inclusion of the secret witness statement in the file is for the control of abstract facts such as place and time.”
'The workplace was raided as if it was a residence address'
Resul, who said that his client is a journalist, stated that the police carried out an operation on his client's workplace as if it was her residence address.
Referring to the fact that the documents seized at the workplace are considered as “organizational” documents, Resul said, “It is useful to ensure communication within the organizational activity, or we will submit the organizational instructions, the decisions made by the regional court of appeal regarding organizational activities to the file. It has been claimed that the client is operating within the scope of DTK activities. Persons who carry out administrative activities within the DTK and provide coordination have been penalized. These are all secondary sides for the client. The secret witness statement was tried to be embodied with these. These did not come aside, secret witness statements remained alone. It is not within the scope of article 9 of the witness protection law. We demand the acquittal of the client considering all these issues.”
The court sentenced
After a short break, the court board sentenced Hatice to 6 years and 3 months in prison on the grounds that she had committed the crime of "membership in a terrorist organization” In addition, the court decided to continue the judicial measure control applied to Hatice.