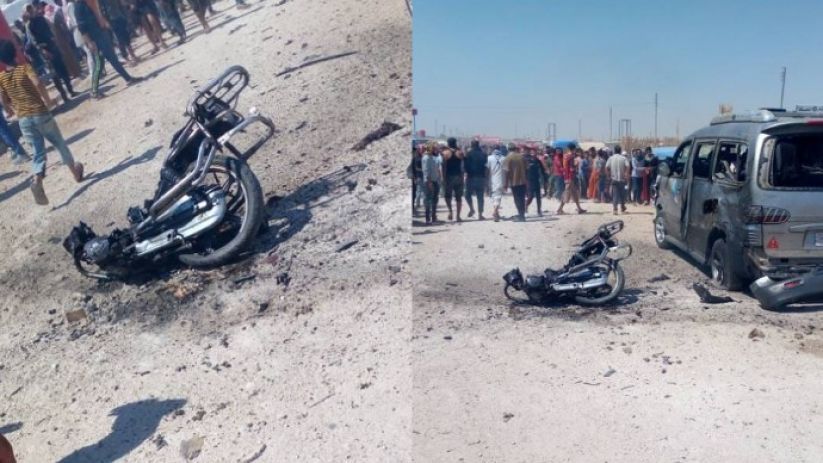 4 children injured in the explosion in Washukani Camp

NEWS CENTER - Four children injured in the explosion that took place in the Washukani Camp, where immigrants from Serêkaniyê are staying.
According to Hawar News Agency (ANHA), an explosion occured in the Washukani Camp, where immigrants from Serêkaniyê are staying, in the west of Hesekê.
A motorcycle exploded in the Washukani Camp. Four people, including a child, were injured in the explosion. The injured boy named Mecîd Mihemed Elî (9) and the citizen named Emine Elî Omer (25), who was injured in his hand, were taken to the El Hikmê Hospital in Hesekê. Citizens Salim Mehmûd El Ehmed (28) and Salih Mehmud (23) were taken to the People's Hospital in Hesekê. Salim and Salih, who were in good condition, were discharged after their treatment. The Internal Security Forces have not yet made a statement on the subject.