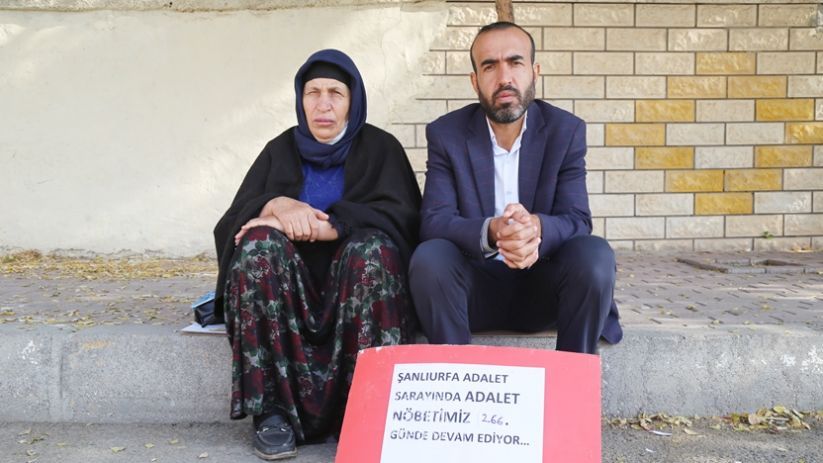 URFA - The ‘’Justice Vigil’’ action carried out by Emine Şenyaşar and Ferit Şenyaşar since 9 March continues on its 291st day.
The ‘’Justice Vigil’’ held in front of the Urfa Courthouse by Emine Şenyaşar, who lost her spouse and two sons as a result of the attacks of AKP MP İbrahim Halil Yıldız’s bodyguard and relatives, and her son Ferit Şenyaşar, who survived the attacks with injuries, continues on its 291st day. Emine and Ferit, who came to the area called ‘’Şenyaşar family justice corner’’ in front of the Urfa Courthouse from their house in Suruç district, started their vigil early in the morning.
The Peoples’ Democratic Party (HDP) Women’s Council and MPs are expected to visit the family during the day.
The family shared the following message by tagging the AKP Chair and President Tayyip Erdoğan and the official account of Chair of the Union of Bars of Turkey Erinç Sağkan from their digital media accounts: ‘’A mother’s vigil in the Şanlıurfa Justice Palace is the scales of justice for this country. Let the pressure on the judiciary be lifted. Everybody who remains silent against this persecution will lose’’.