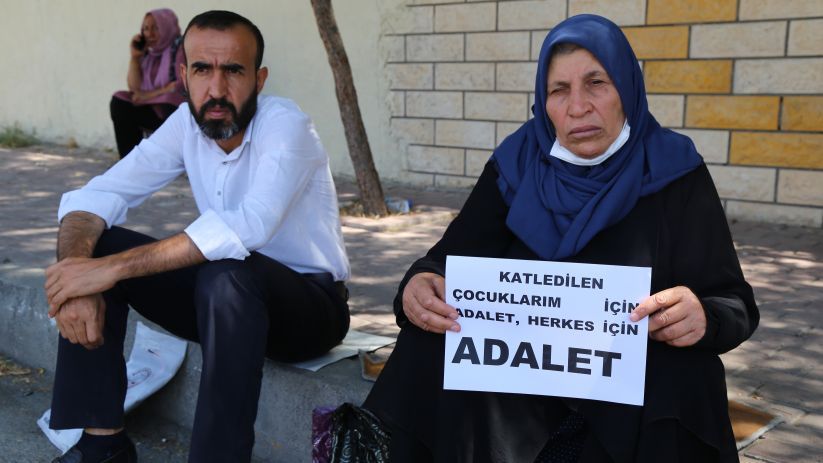 URFA - As Emine and Ferit Şenyaşar’s ‘’Justice Watch’’ action continues on its 290th day, the family said on their digital media account, ‘’Justice is under the domination of the oppressors’’.
The Justice Watch, started on March 9, by Emine Şenyaşar, who lost her spouse and two sons as a result of the attack of AKP MP İbrahim Halil Yıldız’s guard and relatives, and Ferit Şenyaşar, who survived the attacks with injuries, continues on its 290th day. Şenyaşar family came to the area called ‘’Şenyaşar family justice corner’’ in front of the Urfa Courthouse in the early hours of the morning.
The following message was shared from the digital media account of the Şenyaşar family, ‘’The religion of the state is justice. Religion is now used as political material. Justice is under the domination of the oppressors. The door of the courthouse is open to those who have power. The mother has been waiting for a miracle at the courthouse door for 290 days’’.