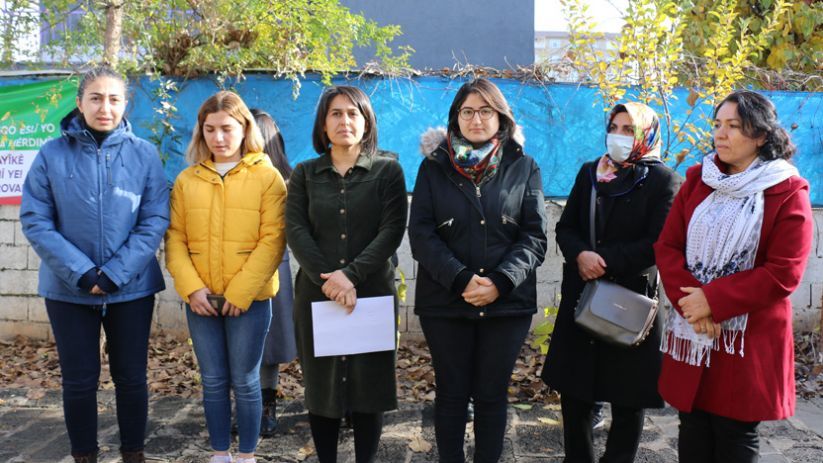 DİYARBAKIR - Civil society and language institutions in Diyarbakır will collect into a book and publish Kurdish stories which were written by women prisoners in prisons.
The Mesopotamia Language, Culture and Research Association (MED-DER), PENa Kurd, Kurdish Litterateurs Association, Med Federation of Associations for Legal Aid and Solidarity with Families of Arrestees and Convicts (MED TUHAD-FED), Rosa Women’s Association, Association of Lawyers for Freedom (OHD), Kurdish Studies Association and Diyarbakır Bar Association Women’s Rights Center decided to collect into a book and publish stories which were written by women prisoners in prisons. A statement was made on the subject in the garden of the MED-DER building in Diyarbakır.
‘Kurdish books are banning’
Pointing out that there are thousands of women prisoners in prisons, MED-DER Co-chair Şilan Elmaskan stated that women who were kept under isolation and torture were injured, lost their lives and killed. Şilan said, ‘’Just as women prisoners who wanted freedom and struggled in outside, they continue to struggle in inside too. Kurdish books are banning in prisons. Despite this, the prisoners are struggling for the Kurdish language. Especially the women prisoners’ books were lost. Many of them were able to get their books out after the difficult and hard efforts.’’
Stories written by women prisoners will be published
Noting that they aim to collect the stories written by Kurdish women prisoners, Şilan said, ‘’For this reason, we want women in prison to send us their stories written by them with their resumes. Until March 8, they can send their stories to MED TUHAD-FED. These stories will be published under the title of ‘Stories of Women Resisting in Prisons’.’’