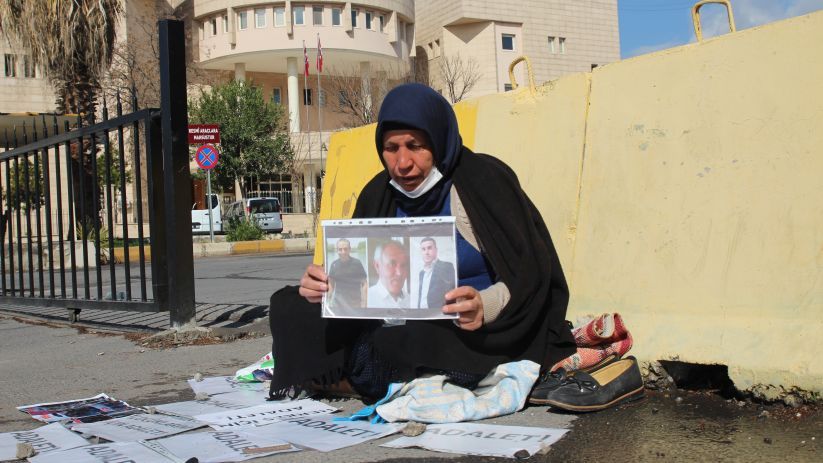 URFA - Emine Şenyaşar, who has been on the ‘’Justice Vigil’ for 288 days, was summoned to testify for the 11th time.
The ‘’Justice Vigil’’ action started on March 9 by Emine Şenyaşar, who lost her spouse and two sons as a result of the attack of AKP MP İbrahim Halil Yıldız’s bodyguard and relatives, and her son Ferit Şenyaşar, who survived the attacks with injuries, continues on the 288th day in front of the Urfa Courthouse.
Emine and Ferit, who came to the Urfa Courthouse from their house in Suruç in the early hours of the morning, started to vigil in the area called ‘’Şenyaşar family justice corner’’.
She was summoned to testify for the 11th time
After a while later, the polices, who came to near the family, summoned Emine to the courthouse to give a statement on the allegation that she had ‘’insulted a public official’’. Emine has been summoned to testify 11 times since she started vigil action.
It was stated that Emine was summoned to testify based on the words she spoke on the 241st day she came in front of the courthouse with the serum and on the 245th day when she was visited by more than hundred peace mothers from many cities.
‘Who killed my spouse and 2 children?’
It was stated that Emine will give answer to all the questions asked to her at prosecution office as, ‘’Who killed my spouse and two children?’’ Emine and Ferit went to the courthouse with their lawyers to ‘’give statement’’.